Clay from here and, already clay from elsewhere. It takes different shapes, following the threads of my desires unless it's me who is following the clay in its entrenchments, through a gestural and silent dialog, close to the doors of inwardness..

I'm using different techniques to build my characters: rolls, plates or directly in the clay mass. The technique doesn't matter, the pleasure is here in its whole. 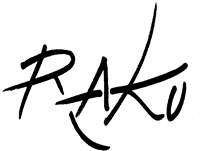 means...
Happiness through the unknown or
a gift in making lucky discoveries.

Baked clay, ornamented with oxides and smoked out,
a clear emotion when discovering the achieved work.
Questioning and humility...
We can only keep a low profile ! 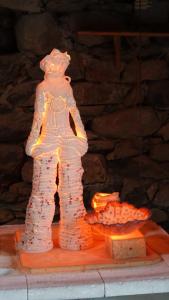 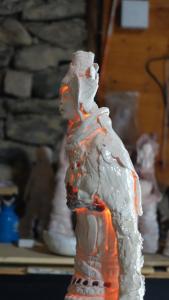 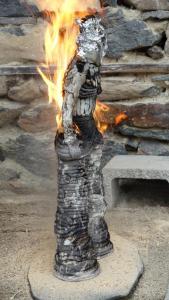 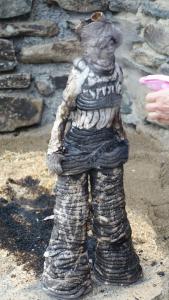 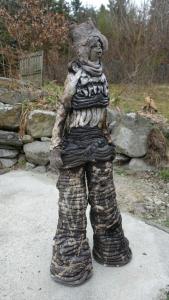 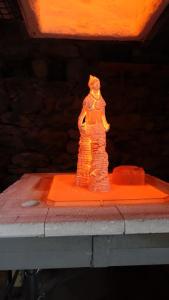 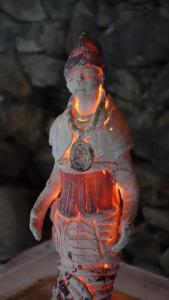 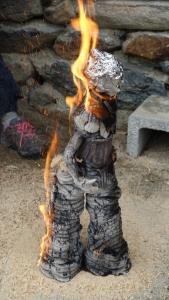 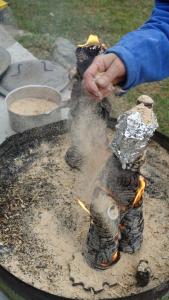 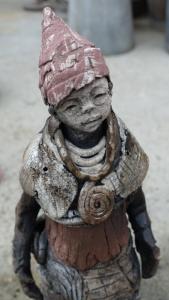 Native from Corea, this smoking technique was developed in Japan during the 16th century. It is closely in accordance with the zen philosophy for the firing of the tea ceremonial bowls. Nowadays in Occident, the Raku is used to bake a lot of artistic creations. 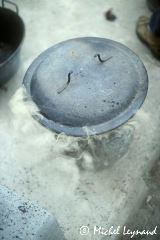 I can hardly explain the marvel ut is to see an incandescent sculpture as I open the oven when it has reached the level of 1000°, then extract it to set it on a bed of ashes in order to get is burst into flames. And the, my waiting in front of the smoked basin, feeling as excited as a child in front of a Christmas tree!...

Suddenly it appears to me, all smoke and shine !
These magical instants, offered by Raku firing, are just unique.